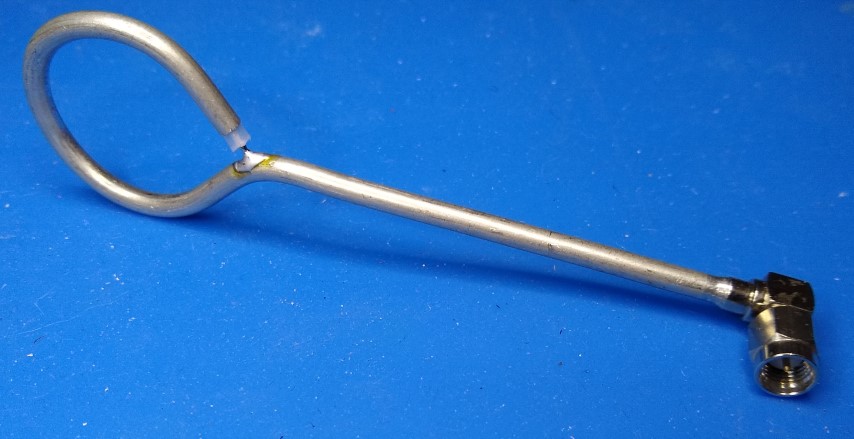 I was at the ShmooCon conference doing Wireless Capture the Flag (WCTF) and at the end, it was recommended that a magnetic probe like these from Seeed could be used to pinpoint RF sources.

These seemed expensive at $35 for the single one or $99 for the set of 4 so I decided to make some.

I had some surplus hardline with SMA connectors on it and cut it in half. I then stripped of about 1/4 inch of the casing and about 1/8 inch of the dielectric. I used a flashlight of the diameter that I wanted and bent the hardline in a circle then soldered the center conductor to the casing. I used semi-rigid line for the smallest because of the difficulty of bending the hardline into a tight radius. 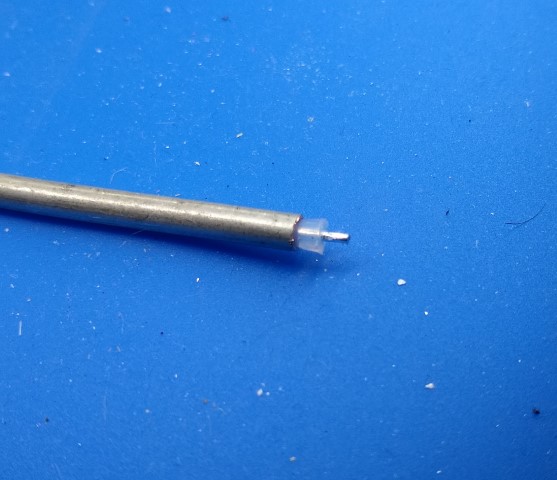 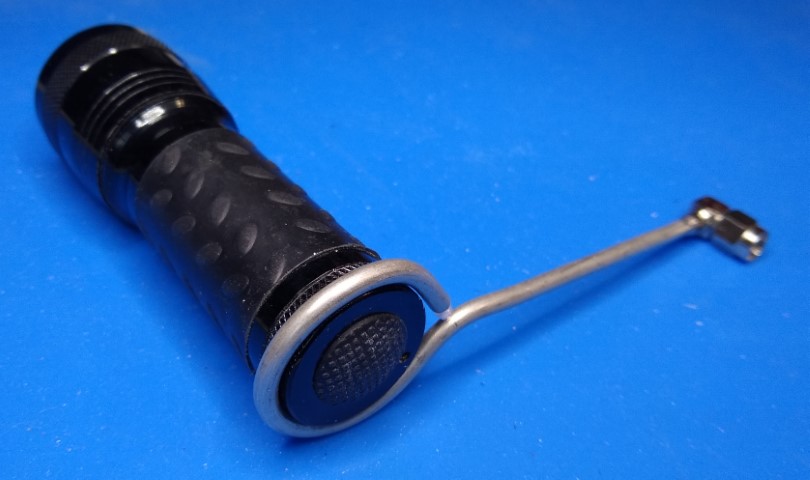 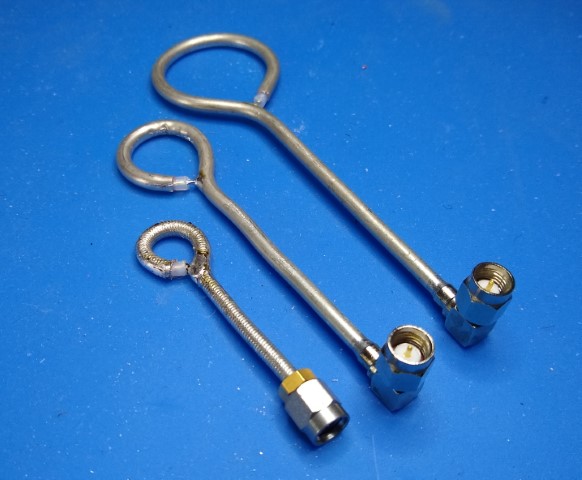 The hardline casing provides shielding for most of the loop so that it doesn't couple a significant amount of electric field into it but doesn't affect the magnetic coupling. As you may recall, the electric field drops off at a r^-2 rate and the magnetic field drops off at a r^-3 rate so the range of magnetic coupling is much shorter which is what we want for this application.